The CVMA discourages the declawing (onychectomy) of cats as an elective procedure and supports non-surgical alternatives to the procedure.

The decision to declaw a cat should be made by the owner(s) in consultation with their veterinarian on a case-by-case basis and only for a medical reason or when scratching presents a health risk to the owner(s).

More information about declawing may be accessed here.

The CVMA encourages and supports actions to eliminate the problem of free-roaming abandoned and feral cats. As a result of irresponsible societal attitudes, millions of these cats exist in the United States. Unfortunately, most of these cats will suffer premature mortality from disease, starvation, or trauma. Their suffering is of sufficient magnitude that it constitutes a national tragedy of epidemic proportions. These free-roaming abandoned and feral cats also represent a significant factor in the mortality of hundreds of millions of birds, small mammals, reptiles, amphibians, and fish. This population of cats also poses a zoonotic disease risk for the public.

Encouragement of State and Local Ordinances

The CVMA strongly supports reducing the number of unowned free-roaming abandoned and feral cats through humane capture (with placement in homes where appropriate) by local health departments, humane societies, and animal control agencies. All free-roaming abandoned and feral cats that are not in managed colonies should be removed from their environment and treated in the same manner as other abandoned and stray animals in accord with local and state ordinances. State and local agencies should adopt and enforce ordinances that:

Prohibit the sale or adoption of intact cats by humane organizations and animal control
Require licensing, rabies vaccination, and permanent animal identification through micro-chipping of all
Encourage that owned cats be kept indoors, in an outdoor enclosure, or on a Cats in rural areas must be confined to the property.
Prohibit public feeding of intact free-roaming abandoned and feral
Prevent establishment of managed cat colonies in wildlife-sensitive

Managed colonies should be considered an interim solution to the problem of feral, free- roaming cats—the first step toward reducing the size of the colony through attrition.

The CVMA opposes placement of managed cat colonies on public lands or in any area that could threaten at-risk wildlife or in areas that may pose a zoonotic risk to the public.

Should managed cat colonies be established, natural or artificial restrictive barriers should be employed to protect both cats and native wildlife.

If sanctuaries for feral cats exist or are to be built, the CVMA encourages properly designed and maintained facilities. High quality care is imperative and overcrowding must be avoided.

Research :- The CVMA encourages research into the production of an environmentally safe and effective oral or parental contraceptive vaccine.

The CVMA encourages research that better defines the impact of free-roaming cats on native wildlife populations.

The CVMA encourages research into the causes of animal abandonment by the public. 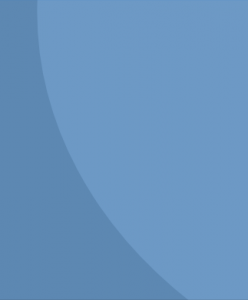